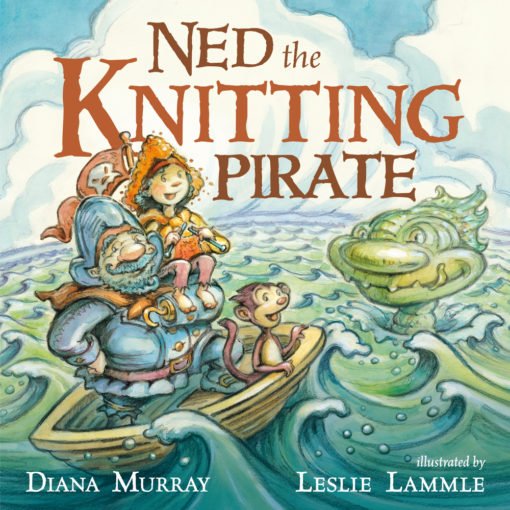 A pirate boy’s love of knitting doesn’t make it easy for him to fit in with the rest of his crew–but lets him stand out in the best way, instead.
The crew of the pirate ship the Rusty Heap are a fearsome bunch! They’re tougher than gristle and barnacle grit. They heave and they ho and they swab and they . . . knit?

Well, one of them does, at least. Unfortunately for Ned, his knitting doesn’t go over well with the captain and crew. But when the briny ocean beast shows up to feast on the Rusty Heap and its crew, maybe Ned’s knitting is just the ticket to save the day!

From author Diana Murray and illustrator Leslie Lammle comes a delightfully salty picture book about a pirate boy whose unusual hobby puts him at odds with his friends, but ultimately proves worthwhile. With an appealing angle on individuality, Murray’s hilarious characters and Lammle’s bright illustrations are sure to win over even the most reluctant landlubber.