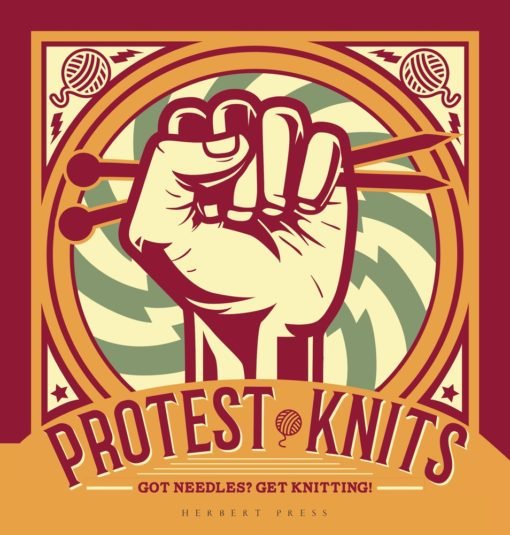 Knitting and handicrafts have a long history in protesting. The pussy hat project taking protests by storm has been particularly successful, but it joins a long tradition of crafty activism. In Canada, there’s the Revolutionary Knitting Circle, which first made headlines for their protest at the 2002 G8 summit. Australia has the Knitting Nannas, who protest about environmental issues by holding “knit-ins.” In the UK, activists from Wool Against Weapons knitted a seven-mile-long pink “peace scarf” to protest against the country’s Trident nuclear weapon program. Then, a year later, they re-purposed it into thousands of blankets for those in need in war-zones and developing nations. And down in Chile, it’s the hombres tejedores (knitting men) who break down stereotypes and teach other men to embrace the creative hobby.

In cities across the world, “yarn bombing” reclaims urban spaces with a pair of needles, covering everyday items in brightly colored knits. Like other forms of graffiti, yarn bombing can convey a message of protest–or it can just be street art for the sake of art. Knitting for change is a global activity.

It’s time to get your needles and hooks out and change the world. From pussy hats to protest scarfs and voodoo dolls to seriously stylish sweaters, Protest Knits is the book for you. From the easy peasy to the more complex, there are more than 15 projects for some crafty therapy including:
– Pussy hat
– Trump pincushion
– Voodoo doll (to customize to the politician of your choice!)
– Nasty Woman mittens
– Perpetually Worried sweater
– If You Can Read This I Smashed the Patriarchy socks
– Dedicated Follower of Anti-Fascism cushion cover
– Nevertheless She Persisted baby hat